Urban Housing of the 30's 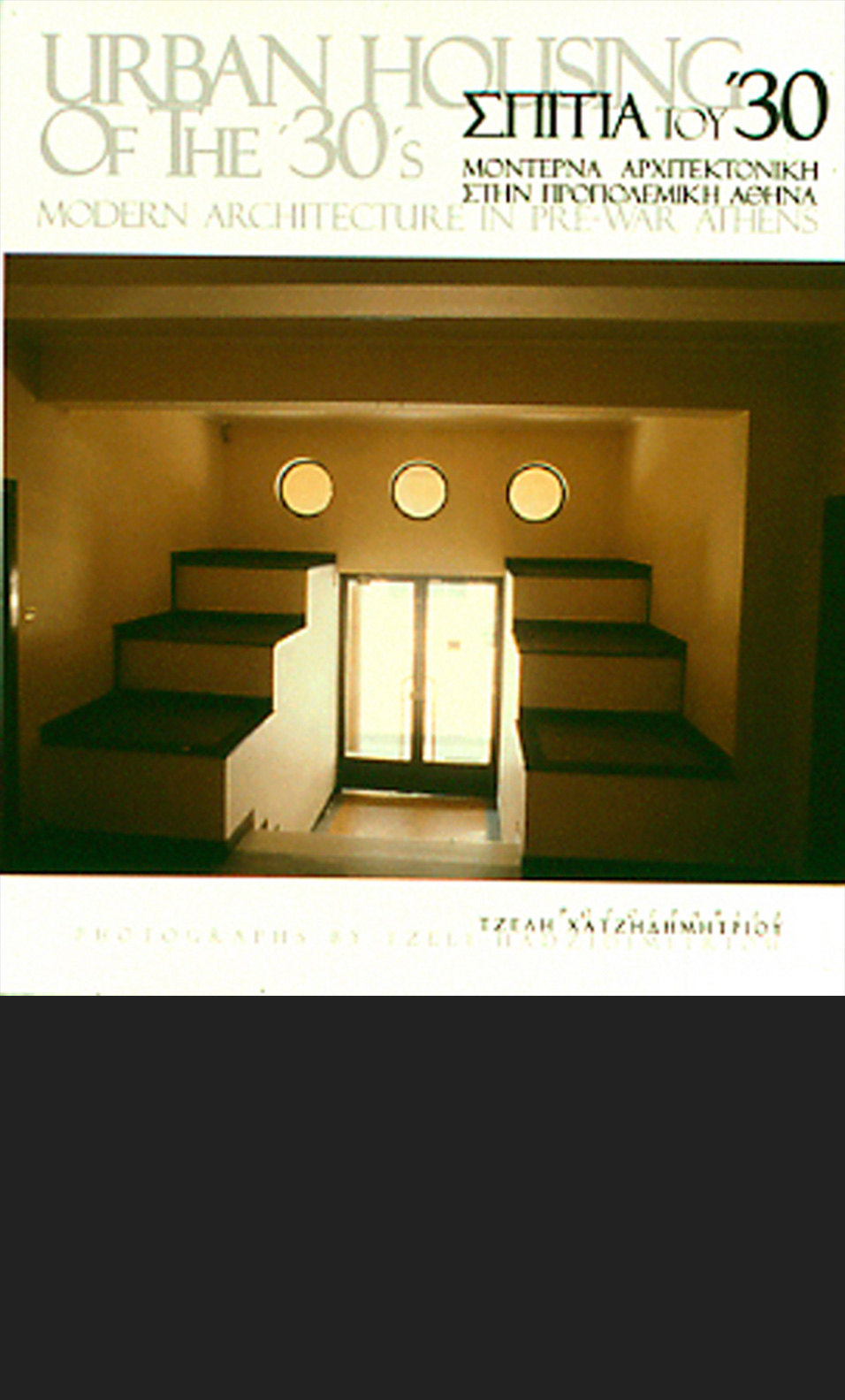 The houses I had they took away from me the times happened to be unpropitious:war,destruction,exile.

They took my entire city from me. The Athens in which I was born and grew up no longer exists. It was a city with neoclassical houses, some of them beautiful, most of them seemingly mass-produced but neat, pleasant. A few modern houses were scattered among them. They stood out because of size (usually they were larger), material (built of reinforced concrete), outer coating (many had cement instead of plaster), but mainly because of their lines, which were simple, rectangular, with flat surfaces forming cubes.

I don’t know much about houses. I remember their joy and their sorrow sometimes when I stop to think;

And I also don’t know much about houses. Just now I have become aware that the house where I spent my childhood years is Modernist and is concluded in this book. Propably it was ugly, a two-storey house covered with a grey-brown cement outer coating.It still stands at 143 Michael Voda and I still don’t like it, even though now the neighboring structures to which it is compared are not two-storey neoclassical houses, but the usual apartment buildings.
Then, however, we were proud to be living in a concrete house which, furthermore, offered greater protection as a havev from bombardament. Better-off friends lived in similar houses, others in neoclassical houses propably lacking in conveniences. In any case, in those days the criterion for judging the worth of a house was whether or not it had ‘comforts’, mainly central heating.
The neoclassical houses were torn down, the Modern houses have been lost among the uniform fronts of apartment buildings, covered by the mist of time and the soot of pollution.This book will ressurect them from oblivion.Like an archeologist’s trowel, it will bring them back to view. Perhaps someday we will learn to read this city correctly, with the layers beginning from antiquity but not ending with King Otto and the Bavarian neoclassicists. There are other meanings in the streets and buildings of Athens.

Houses, you know, grow resentful easily when you strip them bare.