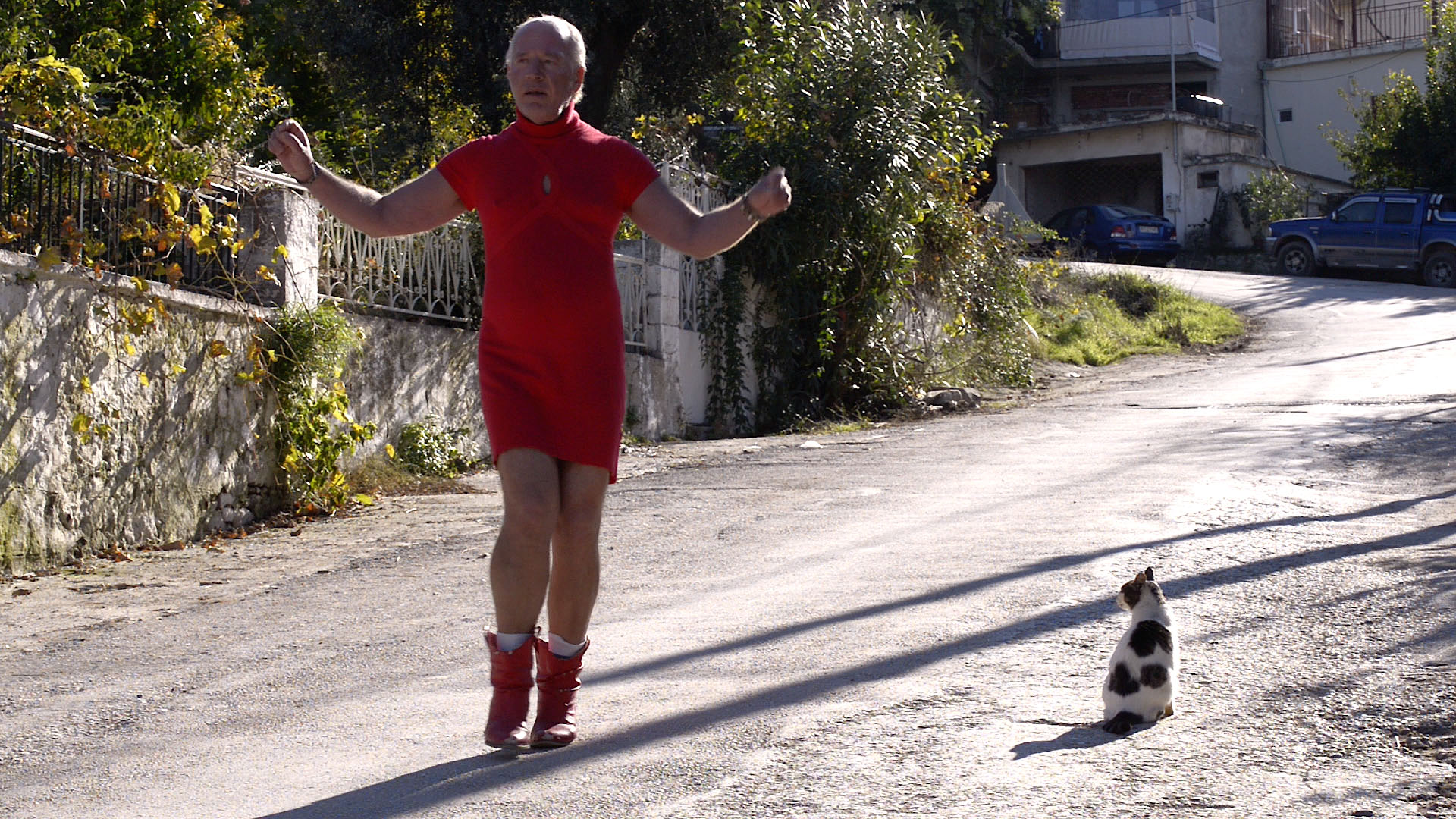 A middle-aged man dances in the middle of the street. Greek songs of the 1970s and memories trace a constant smile up on his face. His only company, a cat. A camera, as an observer, stealing images and his thoughts. Dimitris is different. More human, but also more lonely that the others. His red dress drew the attention of those who went to Mytilene in order to cover the refugees' suffering. Many thought that his drama is lighter, more joyful. But Dimitris still lives with his loneliness and now that he is out of the limelight, the night seems darker than ever.
We met in 2016. This is his story, as he told it to me.

A few words on Dimitris
Dimitris lived the limelight that life owed to him, when, in 2015, thousands of refugees started arriving on the island of Lesvos, from Turkey on boats. Foreign reporters and volunteers could not help but notice the man wearing women's clothes and strolling in the square, among worn-out faces, crying children and women wrapped in the costumes of their religion. It was then that for the first time, some wanted to listen to his story.
When the tension diminished and Skala Sikaminias was out of the limelight, Dimitris was left alone once again, in his suffocating and heavy life.
One day, in 2016, I came across Dimitris dancing on the street, outside his house. During our following meetings, I saw him shrinking, fading away, unable to come to terms with the darkness that shadowed his whole life.